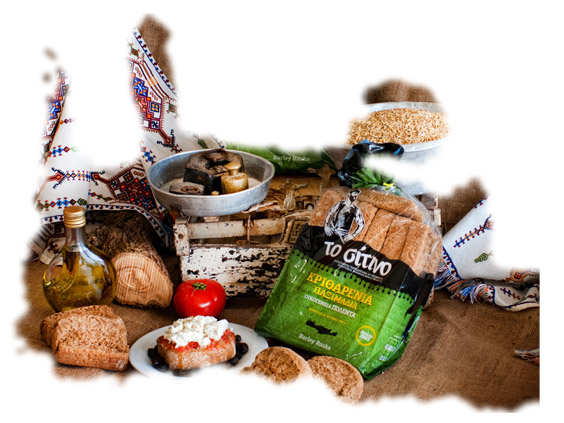 In its search for the ideal diet, one that would promote health and prevent the onset of various diseases, the International Research Community established that the habitual diet of Cretans brings together all those characteristics that render it not only suitable, but also ideal for maintaining excellent health. In 1956, the physician Ancel Keys launched the Seven Countries Study. This researcher chose groups from 7 countries, namely Finland, USA, Netherlands, Italy, former Yugoslavia, Japan, and Greece. It should be noted that the Greek cohort lived on two islands, Crete and Corfu. As shown by this study, the population of Crete proved to enjoy a generally longer life span in comparison to other study populations.

Later, French Professor Serge Renaud based his research on Ancel Keys’ study and subjected patients recovering from myocardial infarction to a kind of diet that he called “Mediterranean Diet”. According to this diet, his patients in Lyon, France, where he worked, were instructed to follow the Cretan dietary habits. After a follow-up period of 27 months, the results were as incredible as the findings of the Seven Countries Study. Mortality and cardiovascular events were much fewer in the group of patients who adhered to the Cretan diet.

Cretans’ good health and longevity is attributed to their simple traditional diet. The diet includes olive oil, cereals (mainly barley bread and rusks), as well as legumes, vegetables and wild greens, fruits, small amounts of meat, fish, eggs, cheese, milk and a little red wine with every meal. Especially, cereals are rich in vitamin B complex, several minerals and indigestible components, such as cellulose, hemicellulose, and lignin.

Cretans have a long and loving relationship with bread and rusks. This relationship dates back to ancient times where large plains of the island were used to produce high quality cereals. Ancient Minoans would store large quantities of cereals in their warehouses and the variety of breads and rusks was truly admirable. The most common bread in antiquity was the one made with whole bran wheat or barley flour. As an old saying goes “barley bread was God’s first creation” (Vlastos archive, 1.37, p. 12). This proverb, which has been forgotten today, highlights the importance Cretans placed on their main staple, namely barley bread and barley rusks. Barley rusks and barley rings are the most characteristic types of Cretan bread. Many older people remember Cretans of the previous generation dipping a barley rusk in their wine for breakfast. This is called “akratisma” and made for centuries the standard breakfast of ancient Greeks.

Faithful to the rich tradition we established in 1965 in Askyfou, Sfakia, and later in 1980 in the region of Agrokipio, Chania, we continue to produce with pride a great variety of excellent quality rusks, rusk bites, biscuits, and breadsticks. For more information, please feel free to have a look through the rest of the site, or contact us.